What do you think God is asking of us in Australia at this time?

This is a dynamic page; meaning that we are adding to this page regularly as we progress through the Plenary process. The latest articles are at the top. 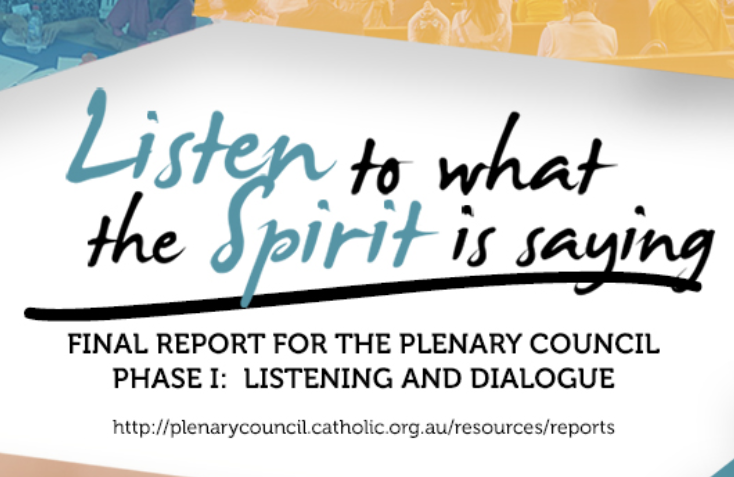 The Working Groups will be considering the material in their various reports, feedback from the community and their internal discussions.

Click on the image below to watch the video.

Over the weekend the Plenary Council 2020 themes for the Year of Discernment were released.

The six National Themes for Discernment invite people to reflect, to pray and to consider how God is calling the People of God to be a Christ-centred Church in Australia that is:

Each week we will share a bulletin notice on a different theme.

Thank you from the Bishops of Australia.

What stage are we in for the Plenary Council? 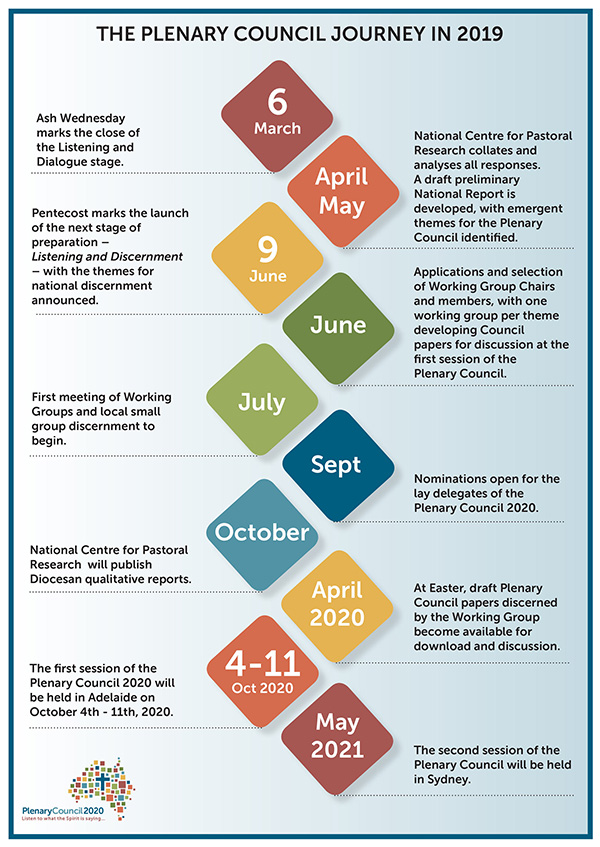 Here are some extracts from the latest Plenary Council posts that are forwarded to our Parish.

“The Plenary Council is being held in 2020 in order to give the Catholic community in Australia time to listen, dialogue and discern with one another and, guided by the Holy Spirit, about the future, the role and relevance of the Catholic Church in Australia.” As a community we gathered to participate in Listening and Dialogue sessions the results of which were submitted to the Plenary Council.

“The National Centre for Pastoral Research is currently conducting the in-depth analysis of the 17,457 submissions — representing more than 222,000 people — which were received during the Listening and Dialogue stage. This week, we are able to provide for you all a statistical summary of the submissions.” (see below for a link; it is worth a review).

“People in every corner of Australia and from various parts of the Catholic Church — and beyond — participated in the Listening and Dialogue phase of the Plenary Council, a new report shows.

The National Centre for Pastoral Research, which is currently conducting the analysis of individual and group submissions, has just released a summary of statistical data covering the period from May 2018 until March 2019.

NCPR director Trudy Dantis advised that the listing of topics that were discussed in people’s submissions should not be seen as pre-empting the National Themes for Discernment, which will be announced on June 9 — Pentecost Sunday. Those themes will emerge from the qualitative analysis, while the report just released focuses on quantitative data.

Some of the largest groups to participate in the Listening and Dialogue phase included Catholic Social Services Victoria, a large parish in Canberra’s growing northern suburbs and the Passionist Family Movement.

The top five countries of birth for respondents, after Australia, were the United Kingdom, the Philippines, New Zealand, India and Ireland.

Half of the individual submissions received came from women, while 29 per cent came from men. About 30 per cent of submissions did not include an answer to the question about sex.”

Previous Posts — What does it mean for our parish of St Agatha’s?

It is first and foremost an opportunity to reflect personally and together on where we have come from, our present time and our future Church. We look to do this with the guidance and promptings of the Holy Spirit and to engage with each other through reflection and dialogue. Pope Francis advises us to speak boldly with passion and to listen openly with a humble heart.

This opportunity is open to all – parishioners and the wider community. We want to hear and understand your story.  While we will have parish based activities, we encourage you to hold small groups wherever you gather in and outside of our typical parish settings. We believe God is speaking to us all regardless of our current feelings or background. We invite you to come together wherever you are, and in a contemplative way, to share, listen, discern and think about the Catholic Church in Australia. Additionally, we will have volunteer parishioners to facilitated planned gatherings  where you can participate in sharing ideas. Your thoughts, whether they were developed through a small “coffee shop” gathering or the larger parish based activity can be submitted to the Plenary Council online (click here).  Ultimately, some months later, all our thoughts will be assimilated by the Plenary Council to form the direction of the Catholic Church in Australia.

Two Parish Gatherings will be held in the Martin Hall: Sunday, 26th August,  11.30am – 1pm; and Sunday, 16th September, 4pm – 5.30pm. However, you need not wait till then. You can run your own small group of listening and dialogue – download a guide here.

Wonderful resources are available at the Plenary Council’s website at http://plenarycouncil.catholic.org.au/ Some of these we have duplicated below like these three videos. 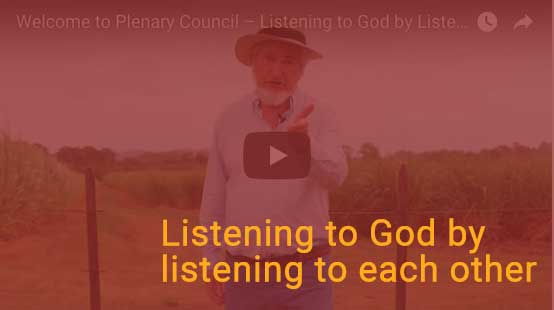 A short video on the Plenary Council.
Watch video 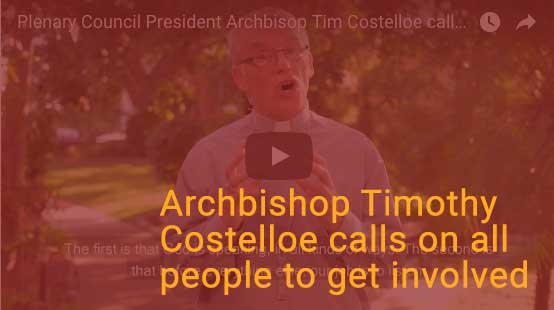 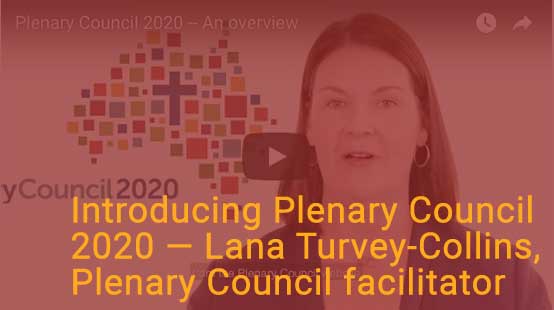 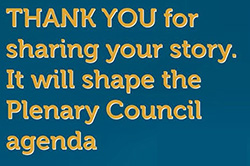 “Thank you”, from the Bishops of Australia
Watch video 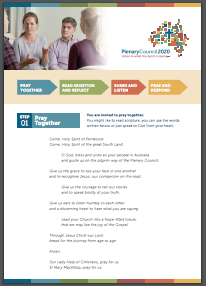 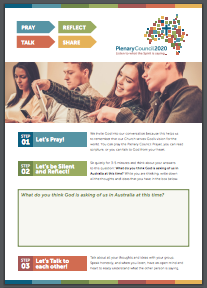 XVI Ordinary Synod of Bishops 2023 Please find below a letter from Bishop Anthony Randazzo concerning a Synod Pope Francis has called for the whole Church. A synod is an assembly of the clergy and sometimes the laity to consider a Church matter. The theme of the Synod...

END_OF_DOCUMENT_TOKEN_TO_BE_REPLACED

While conversations around having a Plenary Council started almost 10 years ago, the journey to Plenary Council 2020 started in 2018. Thanks to the tireless effort of dioceses across Australia and buoyed by the passionate response of thousands of Australian Catholics,...

END_OF_DOCUMENT_TOKEN_TO_BE_REPLACED 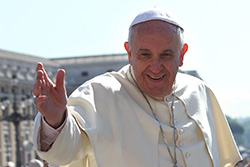 When the Australian bishops head to Rome later this week, the Plenary Council will be a significant focus for prayer, for meetings with Pope Francis and officials from the Holy See, as well as a retreat. Last year, the bishops agreed that a retreat to help...

END_OF_DOCUMENT_TOKEN_TO_BE_REPLACED

How Pope Francis calls us to mission

by Fr Noel Connolly SSC, Plenary Council Facilitation Team Friedrich Nietzsche, the atheistic, “death of God” philosopher, was fond of taunting his Christian friends with: “I’ll believe in your redeemer when you look more redeemed.” Pope Francis in Evangelii...

END_OF_DOCUMENT_TOKEN_TO_BE_REPLACED 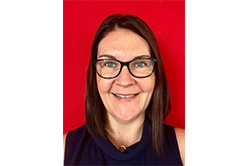 Listening, dialogue and prayer have carried us to this point. It is a beautiful work of the Holy Spirit that the Church in Australia has reached this point in the journey toward the Plenary Council. As we begin the second stage of preparation – Listening and...

END_OF_DOCUMENT_TOKEN_TO_BE_REPLACED

Year of Discernment After 10 months of Listening and Dialogue and a period of analysis and prayerful discernment, the National Themes for Discernment for the Plenary Council 2020 are being announced at Pentecost – this weekend. Find out more at:...

END_OF_DOCUMENT_TOKEN_TO_BE_REPLACED

What happens to my submission to the Plenary Council?

What happens to my story and recommendations after I've shared it? Online and postal responses are being collected and collated by the National Centre for Pastoral Research. A team highly skilled in social and pastoral research and qualitative analysis, led by Dr...

END_OF_DOCUMENT_TOKEN_TO_BE_REPLACED 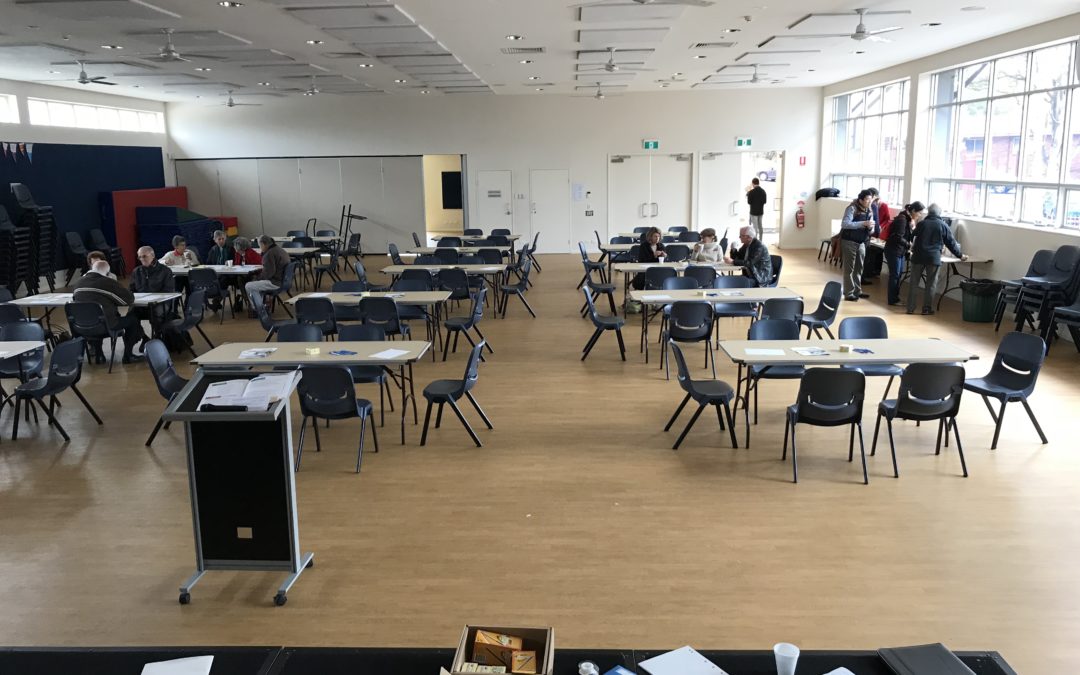 We held our first parish based Listening & Dialogue session on August 26. The gathering broke into small groups to pray & reflect on the question; “What do you think God is asking of us in Australia today”? This is as per the guide at this link here. This is...

END_OF_DOCUMENT_TOKEN_TO_BE_REPLACED

“POPE FRANCIS’ EFFORTS FOR REFORM, AND IMPLICATIONS FOR THE AUSTRALIAN CHURCH PREPARING FOR ITS PLENARY
COUNCIL.”
John L. Allen Jr. is the editor of Crux, specialising in coverage of the Vatican and the Catholic Church. He has written nine books …

END_OF_DOCUMENT_TOKEN_TO_BE_REPLACED

A copy of the talk I presented at the Masses during August, 11-12, 2018. You may have heard about the Plenary Council and wondered how will it affect me? How will affect my parish? In 5 minutes I hope to give you an sense of what it means to you, your friends &...

If you’d like to know more about our parish Plenary activities, receive a specific Plenary Council newsletter or provide feedback, please complete the form below.

The information provided in this form is collected and handled in accordance with the Catholic Diocese of Broken Bay’s Privacy Policy available by clicking here.

All financial assistance is greatly appreciated during this time - click here to donate.